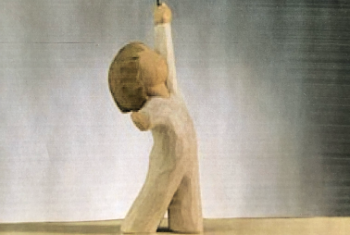 How has Sister Carol impacted my life at Chestnut Hill College? The question itself has overwhelmed me with countless memories, immeasurable meaning and inexhaustible gratitude. From the outset, my decision to accept a position in the Religious Studies/Graduate Spirituality Department of Chestnut Hill College back in 1995 was strongly influenced by the fact that Sister Carol was our President, who had not long before been Chair of the Religious Studies Department and Designer/ Founder of the Graduate Holistic Spirituality Program., which I felt honored and excited to Chair as she invited me to serve in this capacity.

What I knew from day 1 was that Sister Carol, though steeped in Ignatian spirituality as a Sister of St Joseph, and a passionate scholar in the evolutionary theology of Teilhard de Chardin through her doctoral studies, likewise walked in the footsteps of St Augustine, who explained in the early fifth century that “Hope has two beautiful daughters; their names are Anger and Courage. Anger at the way things are, and courage to see that they do not remain as they are.”

Sister Carol will be the first to tell you that the primary mantra of her life is to “hold hope high” and I can attest over and over again that it is this hope that has provided her remarkable vision, unafraid to risk the safety of the present for “the more” that the future can bring. The careful, but courageous, decision to go co-ed in 2003, after years of consultation and tireless research, is one, huge example of that courage, born of Hope. Sister Carol’s faith is certainly rooted in the words of Jeremiah the prophet, one who knows what God has planned for us — “plans for a future full of hope” (Jeremiah 29:11).

We are today heirs of that future full of hope because Sister Carol refused to accept a present with “things as they are” when her God-like vision saw the more to which her faith and hope called her. My most unforgettable reminder of Sister Carol’s Anger and Courage, born of Hope, focuses on the birth of Chestnut Hill College’s Institute for Forgiveness and Reconciliation in 2009. The mission of CHC
rooted in that of the Sisters of St Joseph, compels us “to live and work that ‘ALL MAY BE ONE” by nurturing a college community, which refuses to accept violence and retaliation as the way things are, by committing ourselves to work courageously for an alternative way to peace and justice for all. It is clear to those with eyes to see and hearts to feel that God’s dream for our oneness has not come to be. It requires hope, born of God’s vision for the future, to walk the long and winding road to forgive and reconcile, in order to heal the divides that keep us apart, and overcome the violence that threatens our human family and our Earth home.

Sister Carol’s vision of a future full of hope has found a concrete home in our Institute for Forgiveness and Reconciliation, which she inaugurated and continues to promote. As the Founding Director of our College’s Institute, I am totally indebted to Sister Carol’s support and courage in empowering the kinds of dialogue, education and advocacy that are unafraid of addressing the present wrongs for the sake of a future where, even little by little, we can and will make a difference. With and because of Sister Carol’s legacy, we can all courageously “Hold hope high.” As tribute to her, we pledge to do so.